The debut of Jacob Hazel in the Johnstone's Paints Trophy on September 4th, 2012, raised the question of fathers and sons who had played for Chesterfield. Jacob, of course, is the son of Des Hazel, who made his debut in the 1994-5 play-off win over Mansfield Town.

Anyway, Jacob's appearance made the Hazel family the third to supply fathers and sons for competitive football matches in the Chesterfield blue. The others were the Hill family, from Blackwell, and the Roberts family, from Old Whittington. Harold Hill joined us in 1932 at the end of a good career at Notts and Wednesday, while his son Archie made just one league appearance in the 1947-8 season. Among the other ten Spireites in Archie's only game was Harold Roberts, whose son Peter played twice for our first team in the mid 1970s.

Three might become five over the course of the next couple of years, since Chesterfield's youth team includes Alex Hewitt, son of Jamie, and Ben Partridge, son of John. Already, the Hewitt family has provided three generations of players in some form of competitive matches, since Jamie's dad Les played a few times for the "A" team in the late 1940s.

If you can think of other fathers and sons that have appeared in any capacity for Chesterfield FC, please add via the comments box.

The last time that happened in the Associate Members' Cup was [i]exactly[/i] five years to the day before Tuesday's JPT game against Oldham, when Ben Algar and Josh Law came off the bench against Hartlepool in whatever the JPT was in 2007. It's the sixth time two Chesterfield players have done that in the Associate Members' Cup, the list now being:

The following Chesterfield players made a double-sub debut in Football League games:

That's twenty-two players - enough to make two teams, if two of them were stuck in the nets.

Hat-tip to Paul Kellett for the extra research and info. 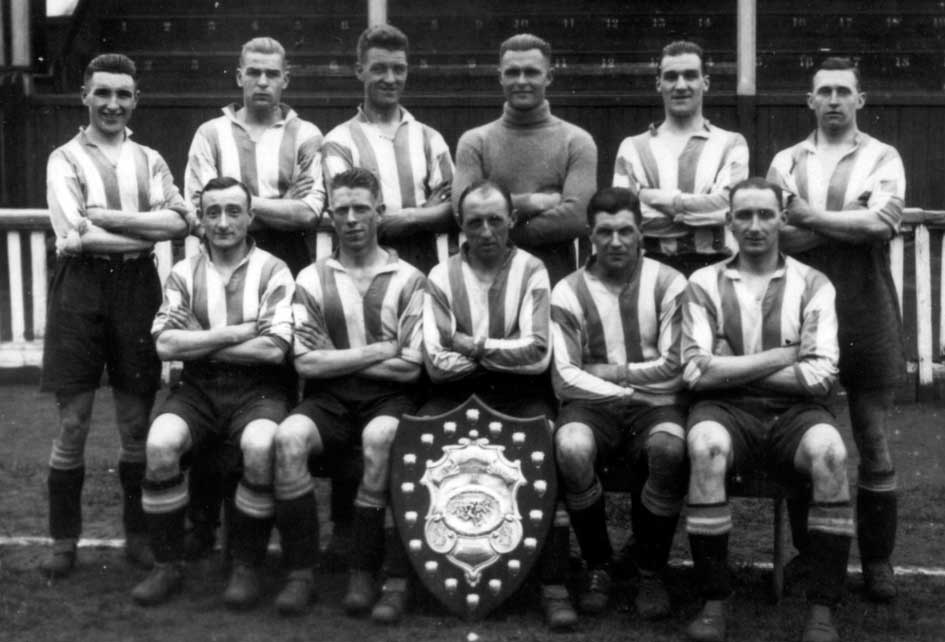