Scott Boden’s unexpected recall to the Spireite colours from loan at Alfreton Town means that Jon Howard is no longer safe in his position as Chesterfield’s most-used substitute. Averaging a goal every five games from his 20 starts, Scott has come off the bench 83 times to net 11 goals. His starting record is therefore nearly twice as good as his scoring record when coming off the bench, yet it is for his achievements in that latter capacity that he will be remembered. In all, Scott’s substitute goalscoring has been directly responsible for winning The Spireites eleven points, that being the number of points gained as a result of his goals improving a game’s pre-substitution scoreline in favour of Chesterfield. 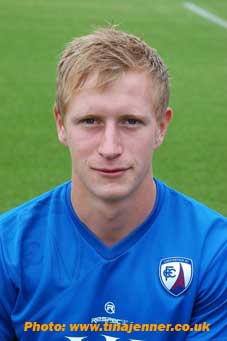 As things stand on April 4th 2013, Jon Howard has made just one more sub appearance than Scott - 84 in the League - to go with his 152 starts. He scored 39 goals in his career. Behind these two, Harry Willis trails in third with 67 sub appearances in the League, while Jordan Bowery, with 50, is the highest-placed player who made fewer starts (33) than he did sub games. Scott has five games left to make the two sub appearances he needs to become our most brought-on substitute.