No sooner do you find one piece about Albert Nuttall, the Chesterfield Town director who lost his life on active service in the Great War, than you stumble across another one. I'd had this photo in the files for an age, but hadn't known the names of the players. Yesterday, without searching for anything specific, it popped up, named, in an old Derbyshire Times.

It is of interest to Chesterfield FC historians because the Chesterfield Wednesday side, of which this is a photo, from around 1902, was usually made up of local tradesmen and was sometimes used as an ad-hoc Chesterfield Town second string, in the seasons when the club operated without a reserve side as an economy measure.Part of the agreement saw the Wednesday side play at the Rec, and the background to the photo is the old dressing room and board room hut, with its instantly recognisable frontage.

This particular photo contains two men with strong CTFC connections - Nuttall, who is front row, third from the right, and Reg Weston, sat to Nuttall's left, who was player and manager of the Town club and a director of the current CFC. More on the others will be added as I find it out, but the names are reproduced below: 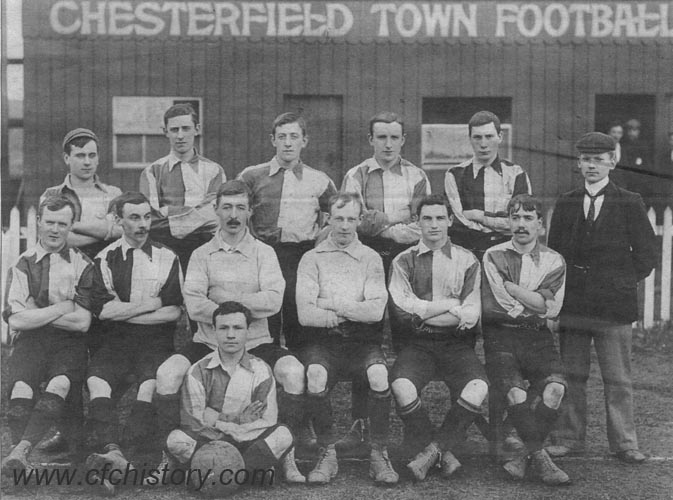