With ten games of the 2013-14 season gone, the Chesterfield Football Club will sit proudly atop the League Two table. Perhaps surprisingly, this appears to be only the fourth time that we have occupied top spot in any division after ten games. Time allowing, I’ll look at the three previous times in the blog this week.

In 1933-4 Chesterfield bounced back from the pain of relegation from level two to lead the Third Division (North) table from September; there they remained for all but one day - the last one. Indeed, if ever a season should have saddled a club with the reputation for starting strongly only to cock it up at the death, this was the season, and Chesterfield were the club.

They got off to a flyer, beating Gateshead 6-0, with ex¬-England man Harry Bedford and Colin Cook both grabbing hat-tricks.  Wrexham were seen off 3-2 in the next, but defeat at Accrington, never the luckiest of places for them, set Chesterfield back.  A 4-0 win in the return against Wrexham set Chesterfield off on a club-record run of ten straight League victories.  During this run, a 1-0 win at promotion rivals Tranmere was followed by a 3-2 win over the division's surprise packet, Barnsley.  20,592 saw the Barnsley game, setting a new League attendance record for Saltergate.  The following week, the visit of Chesterfield to Field Mill saw the attendance record there broken.  Five trains of Spireites supplemented the hundreds who went on bikes or set off early to walk the fourteen miles to the game.  A month later, Chesterfield's visit to Rotherham broke Millmoor's attendance record.  Everyone, it seemed, wanted to see the Spireites! 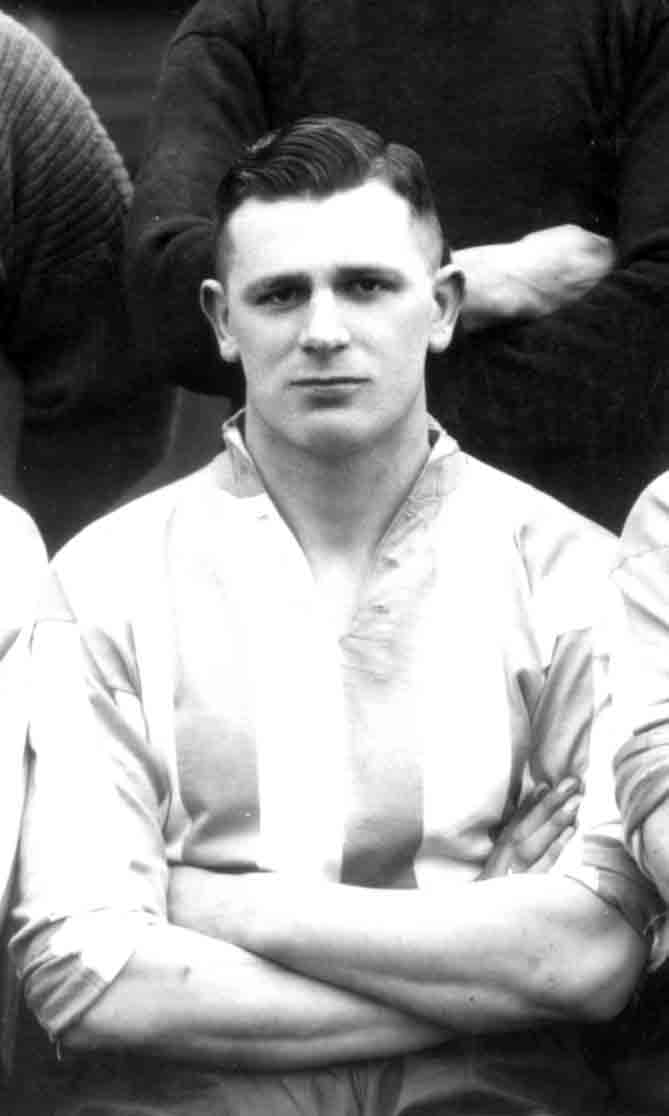 Barnsley had slumped to sixth by November, but Stockport had entered the race and were lodged in second place, six points behind the Spireites.  The winning run came to an end against Walsall, who deserved their win but only managed it when Moody sliced an attempted clearance into his own net.

The key to Chesterfield's bright start was a remarkably settled side.  During the first 19 games only Bedford and winger Bert Hales missed matches through injury.  Able deputies emerged in Tom Robinson, the former Blackpool inside-forward, and the tricky, diminutive Billy Wrigglesworth.  Chesterfield beat Stockport with a Cook goal just before Christmas to go eight points clear at the top, but Sliman was injured in that game: without their influential pivot, a three-game run brought only one point and the lead was halved.

The FA Cup was something of an unwelcome distraction in '33-4.  The Spireites took the might of Aston Villa to a replay but crashed  5-0 at Halifax three days later.  A 1-0 win at home to Tranmere cost the club the services of Malam for six games.  That match saw the debut of the highly-rated ex-Darlington forward, Harry Brown.  A vital game was lost at Oakwell in February.  Barnsley came into the match on the back of a nine-nil win at Accrington and were three up by half-time; sustained Chesterfield pressure pulled back two goals but the Tykes held on grimly to the end.  The next match, a 3-2 win over Mansfield that saw the debut of an ebullient youngster named Harry Clifton, was the first of a nine-match unbeaten run.  Pressure was beginning to mount, though: Chesterfield secured a win over Crewe with a last-minute goal and lowly Rotherham were seen off only after an 87th minute Hamilton penalty.

The wheels fell off after Easter.  Only one win was gained in five games, but that was enough to keep Chesterfield at the top.  Public confidence was at rock-bottom, though, and only 6,351 thought it worth bothering with the last home match of the season.  Directors had to face the old, barmy allegation that the club didn't want promotion as players in the team at the top of the league were barracked! 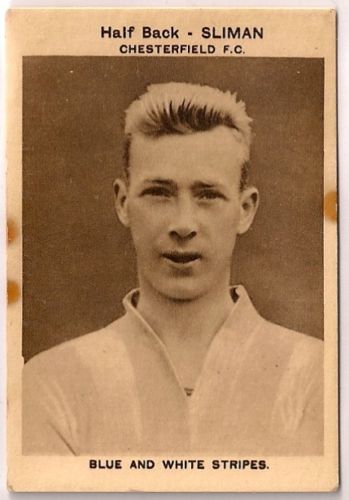 Going into the final game, The Spireites and Barnsley were tied on sixty points, and Stockport were two points behind.  If Chesterfield won, they would go back up at the first attempt.  A draw would be enough if Barnsley failed to win their last game.  If the top two lost, a win for Stockport would take them up, as they had the best goal average of the three (remember, it was two points for a win in those days).  Barnsley were down to play at mid-table New Brighton; just to add spice to the mix, Chesterfield and Stockport were to play eachother, at Edgeley Park.

Stockport's tactics defy any analysis.  If ever a team didn't want promotion, it appeared to be them: their persistent use of an offside trap, allied to a complete lack of commitment to attack, saw the game peter out to a 0-0 draw.  Over on the Wirral, Barnsley led 1-0.  Chesterfield's fate was sealed when a New Brighton player, having hit a post, picked up the rebound and... hit the other post!

Barnsley finished the season with a 21-match unbeaten run and were thus worthy champions.  Chesterfield's goalkeeper, full-backs and halves were remarkably consistent: these six players missed only seven games between them.  Promotion was lost up front.  Cook scored a creditable 28 goals in 37 games but never fully enjoyed the confidence of the selectors.  Malam enhanced his growing reputation with 14 goals in 33 matches and Hales contributed ten goals from the wing.  Bedford's season was disappointing, injury and some peculiar team selections restricting him to twenty-five appearances.

Manager Bill Harvey was given the luxury of time to rebuild the side around goalkeeper Jack Moody, centre-half Allan Sliman and inside-forward Harry Clifton, and dawn broke on the best period in the club’s history when The Spireites returned to the second tier of English football in 1936.